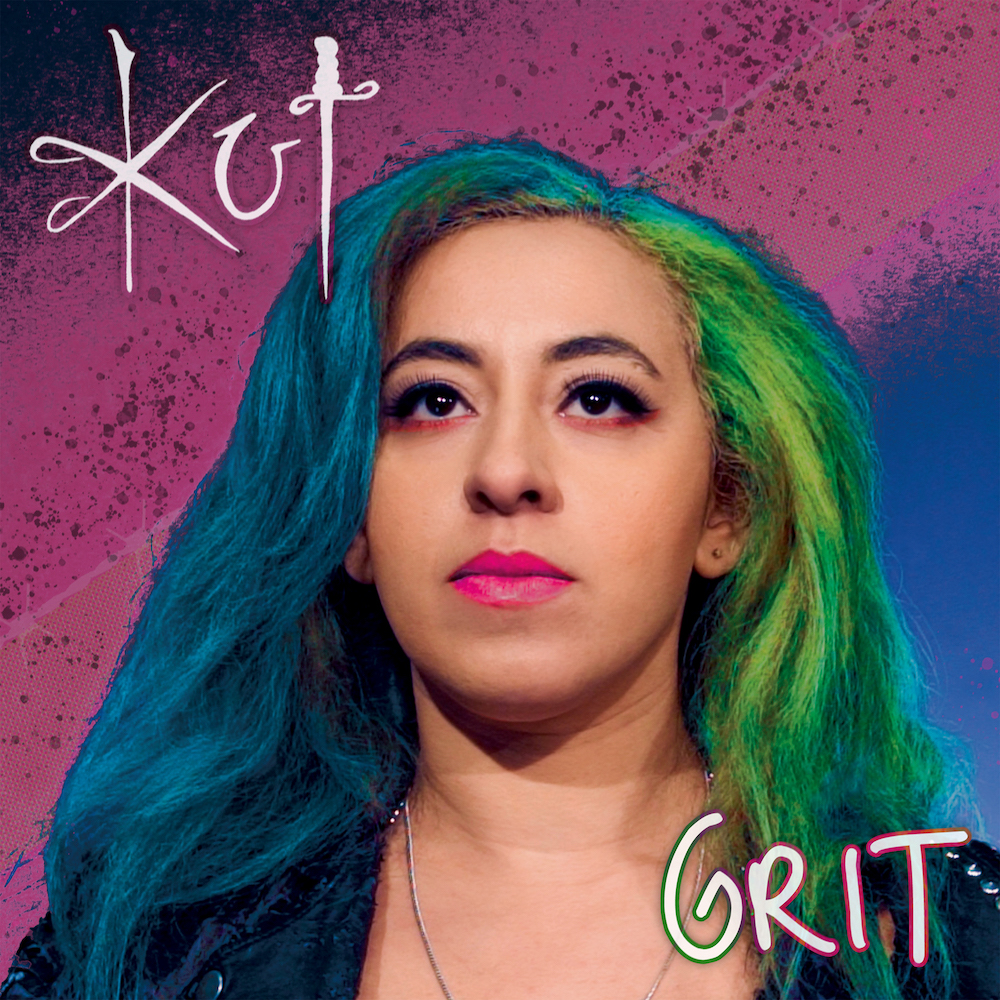 August 8, 2022 8:57 pm Published by CriminalRecords Comments Off on The Kut ‘GRIT’ charts at Number 1 in the UK Official Rock Albums Chart

The Kut is the musical amalgamation of the journey so far. On record, The Kut leads on vocals & guitar, moonlighting as drummer & bassist on two tracks, alongside her collective of women in music. Its story mirror’s The Kut’s journey from major label hopes to the soul searching decision of whether to quit music or self-release her album. Digging deep to choose the latter, with the help of crowdfunding the 2018 debut ‘Valley of Thorns’ released on her Criminal Records label – gaining widespread acclaim as it charted at No.7 in the UK Rock Albums Chart and No. 18 in the Independent Albums Chart. Punk rock anthem ‘And 1 More…’ is the third single to release from the record, premiered by Johnny Doom on Kerrang! Radio. The album, funded by Arts Council England, includes hit single ‘ANIMO’, which won three awards (UK Songwriting Contest Best Rock Song, Best Music Video & the International Rock Award). The track was debuted at The Kut headline set at Isle of Wight Festival, with the album releasing following UK support dates with high voltage rockers, Electric Six.

“Remember the fuss people made about Paramore’s ‘Riot’? They’ll be saying the same thing about ‘Grit’ in a few years too… Expertly executed song-craft… The new queen of punk has arrived”
9/10 Vive Le Rock, Bruce Turnbull

“An outstanding album from one of the most exciting current UK artists”
10/10 Power Play, Andy Houghton